Home » Parents must be proactive to help children thrive after divorce

While many children bounce back quickly after their parents’ divorce, the long-term effects of divorce on child mental health and wellbeing are real. Numerous studies have shown that children of divorce are at higher risk for depression, anxiety, substance abuse, promiscuity and suicide compared to children in stable, two-parent, nuclear families. Fortunately, children growing up with divorced parents can and do flourish when parents take proactive steps to minimize those risks.

How REAL are the long-term effects of divorce on child mental health?

That’s not to say that the long-term psychological effects of divorce on children affect all kids. Many children adjust well following divorce (more on why and how below). However, as the journal of World Psychiatry revealed, the risk of experiencing the psychological effects of divorce is especially high for kids in the US, as “only about 60% of US children live with their married, biological parents (a low second only to Latvia).”

Why do some children fare better than others following divorce?

Every child is unique and some kids have personalities that enable them to adapt better to change. As I explained in a recent blog, How to mitigate the psychological effects of child custody battles, kids also react to divorce differently depending on how old they are.

In my experience as a family law attorney Fort Worth, I also find that many parents are ambivalent to the psychological damage their divorce is having on their kids. They’re too busy thinking about their own emotional scars or anger at their ex that they neglect to put their children first. Even worse, many parents put their children in the middle or try to alienate their child from the other parent.

I get it, divorce is tough, and I see my clients struggle every day. However, if you put your head in the sand and don’t take proactive steps to protect your child’s mental health (and your own), your children (and you) will be more likely to suffer long-term psychological effects.

Step No. 1: Seek out education and parenting support programs.

Research in the Journal of the American Medical Association (JAMA) revealed that programs offering parenting support and education can have a positive impact on mental health outcomes and wellbeing for children of divorce. Specifically, the researchers concluded that when parents committed to a parenting program, their adolescent children experienced “reduced symptoms of mental disorder; rates of diagnoses of mental disorder; levels of externalizing problems; marijuana, alcohol, and other drug use; and number of sexual partners.”

Step No. 2: Get counseling for your child and yourself.

Along with parenting support, I always encourage clients to meet with a family therapist to learn how they can better cope and help their children better cope with the challenges of divorce. Your child may also benefit from attending one-on-one child psychologist divorce coping sessions, where they can speak freely about their fears and concerns.

It’s important to note that taking care of your own mental health will also help your child in the long-run. I’ve seen in my practice how children mirror their parent’s moods, and research shows a parent’s history of depression, as well as a parents’ suicidal behavior, significantly increases the risk of their children suffering from depression and attempting suicide.

The same research looked at the effects of divorce on teenage sons and daughters as a risk factor for suicide. While the risk increased for both sexes due to parental divorce, the researchers concluded that parental divorce may have a stronger impact on females’ risk for attempting suicide than previously thought, finding that a higher percentage of the females surveyed said they had attempted suicide compared to males.

While this may sound like a broken record, children adjust better to divorce if parents do their very best to get along and share parenting duties. This echoes the research mentioned earlier, that children of divorce whose parents share custody fare better emotionally than children who live primarily or exclusively with one parent.

In other words, you should WANT your child to have a good relationship with the other parent because it is generally in the child’s best interest (unless the other parent poses an emotional or physical threat to the child).

You do NOT want to put your child in the middle or subject them to other forms of toxic co-parenting. Children, especially teenagers, often blame themselves for their parents’ fights and divorces. If you make your child choose between you and the other parent, it’s very likely your child will be the one who pays the biggest price.

Many divorced parents focus on the NOW and how the divorce is ruining their lives, when they should be focusing on their children’s wellbeing today and in the future. If your mindset is, “I hate this person so bad, they’ve done me so wrong,” but you don’t forward think about how your behavior (or neglect) impacts your child at graduation, marriage, birth of their children and other milestone events, you’re really being shortsighted.

That shortsighted thinking has a lifelong effect on children of divorce, including increased risk of drug and alcohol abuse, anxiety and depression, and God forbid a suicide. So, at the end of the day, if you think about nothing else in your divorce case, think about what your children’s lives will look like now, 5 years from now, 10 years from now, and so on, as well as the impact your behavior (or neglect) could have on their futures.

Do some research on separated households and what happens when there is parental alienation, so you can understand what that does to a child’s psychology, grades, confidence, performance in life and even job opportunities when they grow up. Anytime you are in a situation where you’re dealing with that equation, and you’re not cognizant of those potential risks, your child is going to experience a lifelong impact you don’t want.

Step 5: Create a clear roadmap for parental duties and decision-making.

And do that outside the presence of the children. Kids do much better when they have structure and discipline, know what to expect and understand who the boss is (remember, it’s you and the other parent, NOT the child).

Undoubtedly, you and your ex will have disagreements in the future. Putting a roadmap in place (via your custody orders) that sets expectations for how certain decisions will be made (and who will have final say in those decisions) and defines each parent’s duties can help you resolve differences more easily down the road.

While you and the other parent may disagree and even hate each other, if you take personalities out of the equation, you’ll likely find you generally agree on principles.

View this exercise as a “shoe on the other foot” type of exercise. At least from your end, you’ll realize that doing what’s right for the other parent is also good for you and vice versa. When you take the personalities out of the mix and take speculation out of future outcomes, you’ll find you can establish a pretty broad 50,000-foot view of how you as co-parents should act when disagreements come up.

By the way, good family law attorneys understand how to create a roadmap that will cover the bases and keep you from going back to court for as long as possible. That’s not to say that your situation won’t change over time, where a custody modification may be necessary, it just means you will spend less time fighting and less time in court when custody orders are done right. Most important, less fighting between parents is better for the kids.

What are the positive effects of divorce on a child?

While hearing, “Your father and I are getting a divorce” is never easy for a child, that doesn’t mean there aren’t cases where both children and parents benefit from divorce. The positive effects of divorce on child mental health and wellbeing are clear in many cases.

When you have substance abuse issues, domestic violence, parental alienation with a really bad actor, and/or parents who constantly fight and argue with each other, there simply may be no way to better that situation than a divorce. Obviously, those family scenarios can be extremely damaging to a child’s mental and even physical health.

Getting a divorce can also have a positive impact on the parties themselves. I’ve seen cases where you have a stay-at-home mom who has no college degree, feels very insecure and finds herself trapped financially. That can be a form of emotional abuse in and of itself. And then after divorce, she gets a college degree, becomes an independent person and regains her sense of confidence. Those are some of my favorite and most memorable clients.

Have questions about divorce and child custody in DFW?

If you live in Dallas, Fort Worth or the surrounding communities, the experienced divorce and child custody lawyers at the Sisemore Law Firm are here to help. To schedule a confidential case review with our founder attorney Justin Sisemore, contact our firm office at (817) 336-4444 or you can reach us by connecting with us online. 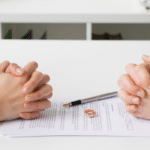 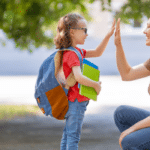