Home » What Causes Lack of Communication in Marriages?

Research does tie lack of communication in marriage to divorce

According to research published in the Journal of Divorce and Remarriage, the two most common reasons divorcing parents cited as their motivation for divorce were “growing apart” (55%) and “not able to talk together” (53%).

In a separate survey of mental health professionals by YourTango.com, marriage communication problems was cited as the most common factor leading to divorce (65% of those surveyed), with the inability to resolve conflict (cited by 43%) being the second most common factor.

What causes lack of communication in marriage?

There are many reasons that marriage lack of communication becomes an issue for couples, and it varies from case to case. However, as a Fort Worth divorce lawyer, some of the biggest reasons I’ve seen for poor communication in marriage are when one or both parties have a fear of conflict or when the parties don’t know how to resolve a conflict.

Perhaps they were traumatized by parents fighting when they were growing up or had a previous relationship where being open about their feelings backfired.

I’ve also found that a mismatch of personality types can lead to poor or no communication in a marriage. For example, say one party has a Type-A personality, and they are belittling toward their spouse and/or narcissistic. They just won’t listen and continue to shut their spouse down.

Then you have the other party, a type B personality who crawls in a hole and keeps their mouth shut because they don’t want to be belittled (or worse). A few years later, the Type B spouse can’t take it anymore and ends up in my office complaining there has been a breakdown in communication in the marriage.

Well, there has never been any communication in this marriage from day one, and years have gone by where communication and life have gotten worse because neither party did anything about it. Unfortunately, it’s unlikely that type A is going to change because type A personalities rarely ever change, especially if that type A spouse truly is a narcissist.

If type B really doesn’t want to take it anymore, and type A won’t change, then divorce may be the best option. The only chance of saving this marriage is if type A really wants to change and take steps to be more kind, caring and respectful to type B—AND—be proactive about open communication and problem resolution. If that’s the case, working with a mental health professional would be critical.

If you don’t address communication problems in marriage early on, those problems won’t resolve themselves over time. In fact, if you are not even married yet and have trouble communicating with your partner, don’t expect things to change once you marry.

Whether you’re married or not, it’s critical to be proactive and address communication problems head-on. Honestly, the best way to open the lines of communication for most couples is to seek professional help. A counselor or member of the clergy who specializes in couples counseling can help you identify why either or both parties have difficulty opening up.

He or she can also guide you on steps to take to improve communication and resolve conflict in a healthy, productive way. All couples have disagreements, and loving each other enough to communicate and resolve issues together can make your relationship even stronger.

Keep in mind, that it’s very important to prioritize your own mental health when dealing with a spouse or partner who keeps shutting you down. Whether you’ve decided to get a divorce or you’re in couples counseling, be sure to set aside time to focus on your personal wellbeing. That may include keeping a journal to help process thoughts and feelings or taking a few minutes each day to relax through meditation, yoga or practicing other mindfulness techniques. Your marriage counselor, therapist or clergy can be a great resource for self-care ideas.

Lack of communication in marriage often spills over into divorce proceedings

If you’ve gone from miscommunication in marriage to a complete communication breakdown—and no amount of counseling has helped—divorce may be inevitable. Unfortunately, communicating during a divorce with someone who has consistently failed to communicate during marriage usually isn’t easy.

We often see lack of communication in marriages rear its ugly horns when children and child custody disputes are involved. In extreme situations—perhaps you have a spouse who insists on saying black whenever you say white (just to drive you crazy) or lack of communication has escalated to family violence—the courts can appoint third parties to facilitate counseling and/or mediation and put a buffer in place for safe communication and a safe environment where spouses can have those difficult talks.

Spouses who tend to roll over and just take whatever the other spouse feels like dishing out can also compromise custody, visitation and access to their children. A common scenario we see with couples who have had communication issues in marriage is a type B spouse who lets the type A spouse take the wheel and drive the bus when it comes to their children.

After years of poor communication and not sticking up for themselves, type B says to his divorce attorney, “Well, she’s done all the heavy lifting. She doesn’t allow me access to the kid’s school and medical information, and other stuff. What can I do?” Yet, he has done nothing to exercise any form of self-help to remedy the situation. He just let her do things her way without saying a word or hiring an attorney to help him seek a remedy through the court system.

Then a couple of years go by and these habits get formed (she continues to do the “heavy lifting”), and he wants to go to court and say, “She won’t let me.” When a party says, “Letting or not letting me do something,” those words speak volumes. To the court, those words mean the other party is the decision-maker, and that’s generally the parent who becomes the primary conservator in Texas.

So, if you’re in a situation where you believe lack of communication in marriage is an issue, it’s really important for you to address those issues in real-time versus hovering in a holding pattern. Once you’ve established a pattern for the court to view from an evidentiary standpoint (where one party acts in a primary capacity and the other party goes years without objecting), that generally compels the court to order primary conservatorship to the “heavy lifter.”

Even if you’re hoping to save your marriage, you can benefit from seeking advice from a reputable family law attorney when marital communication has broken down. As discussed above, you don’t want to let years pass and establish patterns of custody and visitation that you object to, because if you do, you could end up with a less than desirable custody arrangement.

If divorce is likely, an attorney can help you identify common communication breakdowns and create temporary orders that lay out a roadmap with steps both parties need to follow. For example, essential steps to follow, such as where you’re going to pick up and drop off your child, and what information parents need to share with each other, like advance notice of medical appointments, can be spelled out in temporary orders. With clear directives in place, you can worry less about coming to an impasse regarding a custody issue.

There are an endless number of directives your attorney can include in an order to help sidestep common communication breakdowns. And, if the other parent doesn’t follow the orders as written, he or she could be held in contempt of court divorce and face the consequences.

Lack of communication in marriages can also put your right to fair and equitable distribution of your marital estate at risk. If your spouse isn’t forthcoming about your financial situation and/or won’t give you access to financial accounts and documents, they could be hiding assets from you. If that type of lack of communication in marriage doesn’t lead to distrust, I don’t know what does.

Any lack of transparency regarding finances should be a big cause for concern. You have a right to know what assets comprise your marital estate. If your spouse won’t share that information, I highly recommend contacting an attorney to discuss options for protecting your share of the community property in your estate.

Can’t get past your lack of communication in marriage?

If you believe your marriage is in trouble and would like to get a better picture of what to expect during divorce, the Sisemore Law Firm in Fort Worth, Texas can help. Our experienced family law attorneys have helped thousands of clients resolve their Texas divorce and child custody disputes, and we’d be honored to serve you.

To schedule a confidential case review with our founder, family law attorney Justin Sisemore, contact the Sisemore Law Firm at (817) 336-4444 or connect with us online. 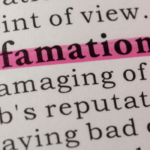 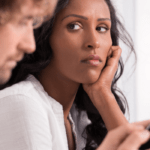 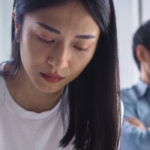 Protecting Yourself in a Divorce – What To Do
May 2, 2022Justin Sisemore