Accusing someone of lying on divorce papers, lying to get emergency custody or otherwise lying under oath in family court is a very serious allegation. Unfortunately, perjury in family court does happen and can result in serious consequences if the accuser provides evidence to support the allegation. Proving perjury is not as easy as you might think, however, if you believe your ex is lying about assets owned, a child custody matter or other issues regarding your divorce, you could face an uphill battle.

What is perjury in divorce cases?

In general, the willful telling of an untruth after taking an oath constitutes perjury in divorce court. If you’re wondering how to prove someone is lying in family court, be warned. Proving perjury isn’t simply a matter of whether or not perjury exists. You must have factual evidence to support that perjury actually occurred and also show the act of perjury was malicious in nature.

Then there’s indirect perjury, where one party deliberately doesn’t share the whole truth, such as a wife stating that a piece of her jewelry is worth $100,000 when she knows it’s really worth $150,000. Or a husband might say the couple owns three vacation homes when he knows they actually own four, one of which he purchased without his wife’s knowledge.

On the other hand, people do make mistakes and forget about certain assets during divorce. If someone makes a basic mistake of fact, the judge may determine the error was unintentional based on the evidence provided. That’s where we don’t see the courts bringing perjury charges or prosecuting perjury in family court.

What does it take to prove perjury in family court?

Our firm hears lying spouse divorce complaints from clients every day, but it’s rare that clients have enough evidence to meet the burden of proof perjury accusations require. If you’re wondering how to prove perjury in family court, be aware that when you’re trying to prove perjury, it goes beyond proving a truth and a lie. You have the burden to prove the willful nature of the lie. You can’t do that simply by proving your ex has an asset you didn’t know about or they had an opinion that turned out to be false.

For example, on the child custody side, you would have to prove your ex was lying in court or lying on family court documents when she claimed to be home with your young child, when you know she actually left the child unsupervised for several hours to go party, and then sent an email to her father trying to get him to back up her case. Lying in court child custody cases can be difficult to prove.

When it comes to hiding assets, you would have to prove your ex-husband knew he had a hunting cabin in Colorado because he was making payments toward the debt of that asset, and then exchanged text messages with his hunting buddies about their next trip to “his” cabin. He can’t just claim, “Oh, I forgot.”

However, we do see cases where people actually DO forget about certain assets they own, especially when the assets were acquired several years back. It isn’t unusual for someone to forget about a bank account they had 10 years ago or an individual who owns vast amounts of property all over the country to forget they had 50 acres of land in Ohio.

We’ve literally heard people testify, “I don’t know within $5 million what assets I’ve got.” Those are often cases where the parties aren’t lying, they just don’t know. That doesn’t mean those assets shouldn’t be divided, and they would be, but perjury charges probably wouldn’t result.

Clearly, it’s very important to work with experienced tracing experts when considerable property and assets are involved in a divorce. There are only a handful of such experts in Texas, so it’s also critical to retain the services of top tracing experts as early as possible during high net worth divorce cases. You want the best experts working on your side, not your ex’s.

Another challenge people face when trying to prove perjury is all of the “he said, she said” confusion we frequently hear in family law cases. When an issue is a matter of “he said, she said”—you and your ex were the only two people in the room when it happened—proving perjury regarding financial concerns or proving someone was lying to get emergency custody can be very difficult.

Again, it’s not just a matter of whether perjury exists. You must provide factual evidence to support that perjury actually occurred and then show the act was malicious in nature.

It’s also important to keep in mind that many associate-level courts do not use court reporters, which means no one is officially documenting any perjury that occurs during those trials. Without a documented record of perjury, you can’t bring a judge back in and ask, “Hey, didn’t that person lie to you, judge?” The judge is not going to do that. When you’re in a district trial with a court reporter—only about 10% of divorce cases reach the district trial level—then you get to deal with a specific set of facts, which you can prove constitute perjury. Consequently, the rarity of perjury being proven is due more to the logistical nature of how divorce cases transpire in Texas because perjury is more common than most people might think.

What is the penalty for perjury in family court?

From getting caught lying in a custody case to lying about assets in the community estate, penalties for perjury in family court range from civil penalties to jail time, with statutory issues that range from Class D misdemeanors all the way up to the felony level. While our firm doesn’t handle criminal cases, the range of punishment generally depends on the criminal nature involved and the jurisdiction in which the case is being heard.

What happens if you lie under oath in family court? Family court judges do take perjury very seriously. Texas judges won’t hesitate to send a party directly from family court to jail in the middle of a divorce trial. We’ve heard judges say, “Mr. Jones, get off the stand, you’re going straight to the DA’s office. Sheriff, take him down there and book him. DA, I’m pressing charges for perjury.” That moment when the party gets hauled down to jail can be pretty scary for the accused.

What generally transpires after the booking will be the parties paying more attorney’s fees and waiting for civil remedies. Judges do understand that people in divorce and custody cases are dealing with tumultuous situations, and they don’t want to put people in jail. However, they don’t want people to lie and won’t tolerate it.

If you can prove your ex committed perjury, he or she could end up paying a big price. When there is an egregious act of perjury where someone is hiding assets, private investigators and tracing experts have been brought in, and there is proof the party is lying—those are the big fraud cases where the perjurer may have to write a big check and face time in prison.

In cases where we’re suing for undivided assets or enforcement of assets on hand at the time of divorce that were not disclosed, we find the courts typically give us a lot of discretion to go after the perjurers. Those are also cases where judges tend to rule favorably for our clients seeking reparation. The stakes can run really high and the pots can get really big in those cases.

Is your ex lying about assets or lying to get emergency custody?

We’ve heard our share of divorce lies over the years and pride ourselves on securing reparation for clients who were wrongly deprived of assets from their community estate. If you believe your ex has committed perjury in your divorce and don’t know what to do next, contact us to schedule a confidential case review with our founder, attorney Justin Sisemore.

During the initial consultation, Justin will take a deep dive into your case and let you know what steps he believes you should take next. For additional information or to schedule an appointment, contact the Sisemore Law Firm at (817) 336-4444 or connect with us online.

Protecting Yourself in a Divorce - What To Do
Tips for navigating a high-asset divorce
Hiding Assets in Divorce: Everything You Need To Know 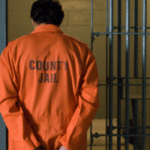 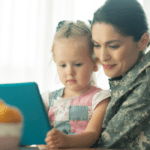